Welcome to the third half-termly update email from your madrasah, Darul Hadis Latifiah.

The last half-term has been one of the busiest of the year so far. Read on to find out what we have been up to:

The madrasah organised workshops in partnership with St Giles Trust and ConnectFutures which were delivered on Tuesday 26th March 2019 to teach our students about the dangers of involvement in gangs and knife crime as well as the harms of extremism. All students, including the Sixth Form, took part in the workshops throughout the day. We received excellent feedback for the workshops and the students learnt a lot about keeping themselves safe.

At Darul Hadis, we have designated March as ‘Women’s Month’. Throughout this month, students learn about the contribution that women have made to their lives as well as about inspirational women throughout history. They also look at issues of inequality that women face in modern-day society.

We were honoured to have a special guest join us for a special International Women’s Day assembly on 6/3/2019. Sister Lauren Booth is an internationally renowned humanitarian and journalist. She spoke to the school about – amongst other things – her acceptance of Islam. Her presentation was very thought-provoking and our students left the assembly feeling inspired.

On Thursday 7/3/19 we celebrated World Book Day. At Darul Hadis, World Book Day is one of the ways in which we aim to develop our students’ literacy skills. Students from Year 10 to Year 7 took part in a number of fun learning activities, including poetry-writing, writing a script for a play and creative writing.

As every year, the school held it’s annual Science Week between 8-15th March 2019. Thursday 14th March was a drop-down day where the entire school took part in fun science-related activities, including perfume-making. There was also a ‘Careers in Science’ presentation at the end of the day which gave students information about the potential jobs for those interested in a career in a science-related field.

Students also went on educational trips as part of Science Week. Year 7 went to a workshop on photosynthesis at the Royal Botanic Gardens, Kew, and the Year 8s and 9s went to the Royal Observatory, Greenwich to experience the planetarium as well as to take part in a physics workshop.

As part of the school’s PSHCE curriculum, we aim to prepare our students as best we can for the world of work. Towards this end the school organised career’s workshops with the local authority for all students in the school. Year 7, 8 and the 6th Form had workshops on 18/3/19. The younger students explored their future options and long-term career goals while the 6th Form looked at UCAS and the university application process.

Years 9 & 10 had their workshop on 11/3/19. They explored GCSE options and prospective future careers.

Over the past 2 years, the school has established a strong relationship with The Urswick School, a Church of England school in Hackney. This was done with the aim of building tolerance and mutual understanding between different faiths. Our Year 8s hosted their peers from Urswick on 19/3/19. They took part in a number of collaborative activities throughout the day and at the end had lunch together. All the boys enjoyed the link-up and we look forward to working with Urswick again in the coming half-term.

Our boys took part in the annual United Madrasah Championships again this year. This football competition brings together the different Islamic schools in East London. Our Year 7 and 9 groups took part on 21/3/19 and the Year 8 and 10 groups on 4/4/19. All of our teams did exceptionally well, scoring a huge amount of goals throughout the competition. Unfortunately however, our teams were unable to make it to the finals with a number of our teams falling out at the semi-final stage. Insha Allah, next year will be our year!

Year 9 visited the headquarters of the European Parliament in London, Europe House, on 20/3/19. Because of the Brexit negotiation process, we were one of the final school groups to have been able to visit this important venue. The boys took part in a workshop exploring what the EU does and the effects Brexit will have on Britain and its relationship with the EU. The workshop facilitator was very impressed with our boys’ knowledge of the EU and the Brexit process and there was plenty of lively debate about how a future relationship should look like.

Last half term’s Big Debate was between Year 9 & 10. The debate took place on 5th April 2019. The Year 10 team were Abdul Wahid and Tufayel and the Year 9 team were Anas and Abdul Hakim. The motion debated was “This House believes that state benefits make people lazy “. The Year 10 debaters argued for the motion and the Year 9 debaters were against. Both teams spoke convincingly and passionately and were able to answer questions from the floor. It was difficult to pick a winner but in the final vote the Year 10 team were judged to have come out on top.

Our Year 10 boys went for 2 weeks work experience between 18-29th March 2019. Students were encouraged to choose placements in career fields that they are interested in pursuing in the future. Our boys went into a wide variety of jobs, ranging from solicitors firms and accountants to pharmacies. A big thanks to our alumni, Hafiz Abu Taher Rumman and Tanveer Miah, who kindly organised work experience placements in their respective businesses for two of our students.

We look forward to letting you know about everything we are doing this half term. 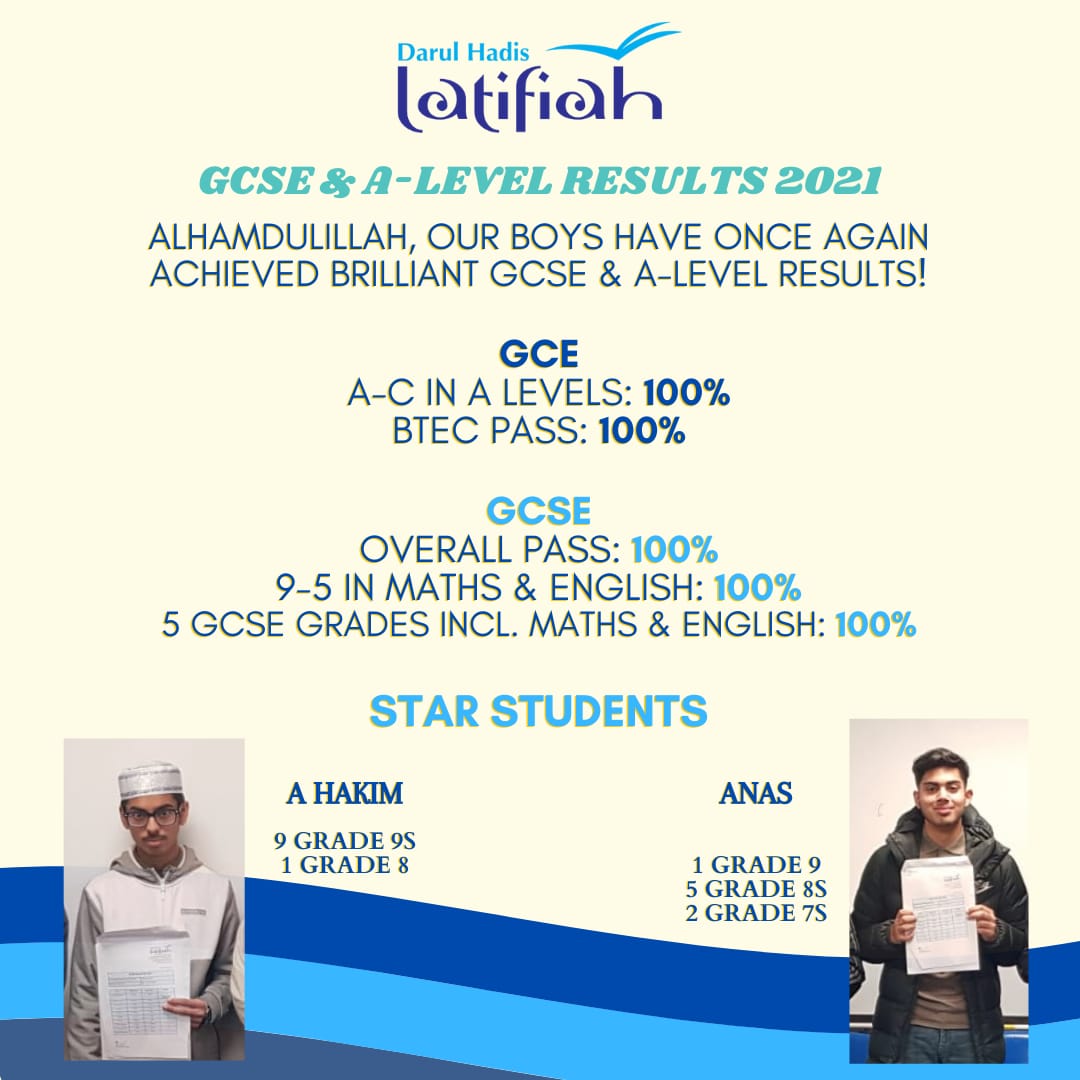